The struggles of breastfeeding: a momma's journey. • Professional Momma
Skip to Content

I decided very early on in my pregnancy that I wanted to breastfeed.

I wanted Brie to have the best possible nutrients and financially it just made sense to me. (Let me just say I believe that fed is best and I am not here to judge anyone on how they choose to feed their baby). I wasn’t anticipating any struggles of breastfeeding.

Breastfeeding is only natural, right?

For me, and I believe for a lot of women, breastfeeding seemed like it would be such a natural journey. I quickly found out that this was not the case!

Within the first couple of days I realized I had to make a commitment to myself to breastfeed Brie as long as possible. Let’s be honest, formula is easy, breastfeeding is not.

Getting support is essential.

I ultimately joined a couple of minority breastfeeding groups on Facebook.  These groups turned out to helpful to me as I struggled through the initial stages of breastfeeding.

In the beginning I was told that I would feel my milk coming in.  I never had that feeling, and throughout my year of breastfeeding, I have not had the feeling of needing to feed my baby or to pump.  So when I took Brie for her initial checkup, I was advised by her pediatrician to supplement with formula until my milk came in.

Little did I know my milk was in and I probably did not need to supplement.

Once Brie received her first bottle, she developed a preference for the bottle and by two weeks I was exclusively pumping.  The hardest part of my journey was learning to pump and take care of a little human.

I’ve learned a lot of things about pumping and of course if I could do it over I would change some things, but overall I am proud of myself for being able to make it to a year of breastfeeding my baby.  The first six to eight weeks were rough, but once I got into a routine, it just became another necessary part of my day.

Pumping has forced me to spend a few minutes to do some self-care.  Don’t get me wrong, I do multitask at times, but I often find myself on the internet, watching videos, and reading articles.

What I didn’t Know

If I could go back in time, I would have attempted to pump my milk as opposed to supplementing with formula.  It was after we gave Brie the formula that we realized she had a milk intolerance and I ultimately had to go dairy free for a couple of months (that is a story for another blog post). If I would have pumped, I also would have realized that I was producing adequate milk for my baby and avoided the bottle for a little longer.

Things to Know about Pumping

Now that I am a professional pumper, there are several things that I need, to ensure that I am able to stick with my routine.

If you are not aware, medical insurances now cover the price of breast pumps.  I made sure to order a pump that included a pumping bag big enough to carry my pumping and personal supplies.  Others prefer to purchase a more stylish pumping bag, but I was being cheap and did not want to spend extra money if I did not have to!

In my bag I carry a breastfeeding cover, pumping bra, hand pump, pump sanitizing wipes, milk storage bags, a car adapter, and of course the parts to my pump. I have a fridge in my office so I do not carry ice packs and a cooler, but when I am outside of my office that is also included in my bag.

I am able to carry all of these items and a couple of personal items in one bag.  That’s a good thing because I have had a couple of occasions when I have forgotten parts or my pump malfunctioned and the hand pump has saved me.

In the beginning, I was pumping every 2-3 hours, which is recommended by medical professionals.   After about six weeks my goal was 6-7 times a day, and by the time I went back to work at 12 weeks I started pumping 5 times per day, 20 mins per session.

I have had to pump in the most random places to include the examination room of my doctor’s office, airport waiting area, closets and my car.  The one place I refuse to pump is the bathroom.  I have learned that many people will recommend the bathroom, but I quickly tell them no and other arrangements are made for me.

There are federal and state laws that protect breastfeeding mothers, so it is important to know your rights.  I have been very lucky and I have not had any major issues with pumping, but I made sure to do my research just in case I needed to stress an issue.

The two things I highly recommend you purchase in addition to the pump are a pumping bra and car adapter. The pumping bra allows me to pump hands free, which allows me to multitask if I need to. And I find myself regularly pumping in my car because it is so convenient.

Once Brie started to be more mobile, I’ve had to be more creative with my pumping schedule when I am alone with her.  I will often pump in my car or right before I leave my office so that I do not have to pump when she is awake.  I sometimes feel guilty not being able to interact with her because I am hooked to the pump.

There’s an app for that

I also utilize the My Medela app to help me track pumping times and output.  This app has saved my life because it helps me to remember the last time I pumped and it helped to reassure me that I was producing enough milk in the beginning.  The app has a lot of other cool features that will are helpful to new moms.

No matter how it happens, fed is best.

Although my breastfeeding journey did not turn out to be this seamless and beautiful journey I originally thought it would be, I learned that by establishing a routine and making a commitment to myself that I can do it, I have been able to be successful.

In the end, my goal was to be able to provide my child with the benefits of breast milk and I am happy that I have been to do that.  So many women are unable to breastfeed their children and I am grateful that I worked a plan that has been beneficial for my daughter. 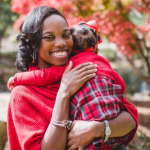 Hi! I’m Keyona, a full-time working mom of an energetic toddler girl. I love helping moms feels less overwhelmed by simplifying motherhood and helping them maintain their sense of identity.

How to use an electric breast pump effectively

How to Pump in the Car: 8 Easy Steps you Should Follow

How to Breastfeed: Everything you Need to Know to Succeed

Breastfeeding Classes: Do you really need one?

5 Best Tips for Cutting out Dairy while Breastfeeding

Hey Mommas! I am Keyona, a working mother using my experience as a Nurse Anesthetist and mom of a beautiful baby girl to help you simplify motherhood.